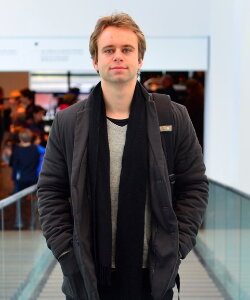 He is interested in economic sociology, technology, and crime and deviance.

In most of his work, he uses a mixture of computational and qualitative research methods.

He has also been interviewed by multiple media outlets, including Wired Magazine, Newsweek, Le Monde, and New York Times.

His current research project on digital drug trade is funded by the National Science Foundation.

Ladegaard obtained his PhD and MA in Sociology at Boston College, and a BA in Journalism at the University of Hong Kong. He was born in Oslo.

Ladegaard writes about how software innovations enable new organizational forms which challenge social control. What he call's open secrecy captures the combination of mass communication tools and cryptography, with which people can organize and operate in public, but also remain off the radar. This blend gives connected, motivated groups the capacity to cooperate, even though they have law enforcement and autocratic states on their tails. Ladegaard studies the mechanisms of such groups, and the consequences of their empowerment.